We're sorry, but all tickets sales have ended because the event is expired.

As the oldest television station in Maryland and the eleventh in the nation, WMAR ABC2 has a long tradition of serving the people of Baltimore. While WMAR’s commitment to serving the community hasn’t wavered, the station has grown to utilize multiple platforms to reach audiences including on-air, digital, social and mobile apps. During this panel, WMAR ABC2 staffers will discuss everything from how they use live streaming to cover breaking news to specialty programming that they’re looking for content in, such as their In Focus program. Join BPRC at the WMAR-TV studios to learn how to tailor your pitches for its multiple programs and platforms. 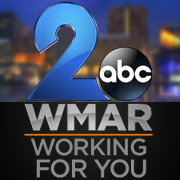